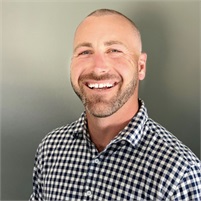 Eric Blofsky is Co-Founder and President of Kornerstone, Inc. Eric has assembled a team of specialists dedicated to the retirement industry and the firm has quickly grown to one of the largest independent retirement plan consulting firms in Northern California.

Eric has over 10 years of industry experience in retirement plan administration, plan design analysis, investment consulting and plan governance. His professional memberships and affiliations include the Retirement Plan Advisory Group and the National Association of Plan Advisors (NAPA).

Eric earned a Bachelor’s Degree in Political Science from California State University, Chico and has earned the Certified 401(k) Professional designation from The Retirement Advisor University™ in collaboration with UCLA Anderson School of Management Executive Education.

Throughout his career, Eric has been recognized as an industry leader named twice to the National Association of Plan Advisor’s list of the Top 50 Advisors under age 40 in the country in 2015 and 2017. In February of 2016, Eric was awarded the Pleasant Valley High School distinguished alumni award.

Eric has been involved with several local organizations serving as a youth leader, Young Life committee member, high school volleyball coach and the Chico Rotaract club. When Eric is not in the office, he enjoys spending time with his wife Sarah, their two-year old daughter Brooklyn and their black lab Abby.